When war was declared in 1914, many men rushed to volunteer. However, as the casualty toll rose, the British Armed Services began to run out of men and so conscription was introduced in 1916. Bertie became eligible for war service in April 1917, when he reached the age of 18. The papers relating to 8,000 appeals against conscription in Middlesex have survived and are held by the National Archives. They include an application made by Clara Pinnuck for Bertie to be exempted. It was considered by a tribunal in Enfield on June 1st 1917. Bertie was then living with his mother at 21 Walton Street, Enfield and working as a “fancy portmanteau maker”. Clara provided the following reasons in support of the application:
I have had two of my sons in France one killed other one still out there and all I get is 12/6 from the Government and I am a widow with four others under 14 years and this son is my sole support and if you take him I don’t know what I shall do as he is the main stay of the house.
(The son that was killed was William George Pinnuck, who died at Ypres in 1915 aged 18. The other son was Charles Ambrose Pinnuck, born 1894, who was a Gunner in the Royal Garrison Artillery. He survived the war and died in 1940).
The tribunal granted exemption for a period of six months from June 1st 1917 on condition that Bertie paid his mother £1 per week and became an active member of a Volunteer Regiment – Domestic position.

The Chief Military Representative appealed against this decision on June 4th 1917 stating:
That in view of the urgent and pressing need for men passed for General Service in the Army, it is necessary to appeal against the decision of the Tribunal who granted him six months. His occupation is not of national importance, he was allowing his mother 17/- per week for his board and lodging until at the advice of some of the Members he allowed her 20/- per week. I submit there was no justification for the Tribunal to grant six months exemption when men are so urgently wanted and married men with heavy responsibilities have been compelled to join up.
The appeal was considered at The Guildhall, Westminster on June 20th 1917 and dismissed.

Bertie in his Royal Navy uniform

Bertie was recruited as a Stoker and was initially assigned to HMS Vivid II, which was the name of the Navy Barracks at Devonport. On April 2nd 1918 he was assigned to HMS Cumberland, an armoured cruiser completed in 1903. From January 1915 until the end of the war, she escorted convoys and conducted patrols against German raiders seeking to attack merchant ships. The ship had a complement of 678 officers and men. It had a top speed of 23 knots and was powered by steam engines. Bertie’s job was to shovel coal into the boilers, which was hot and tiring work. He was demobilised on February 11th 1919. His character is recorded as very good, his ability as satisfactory. 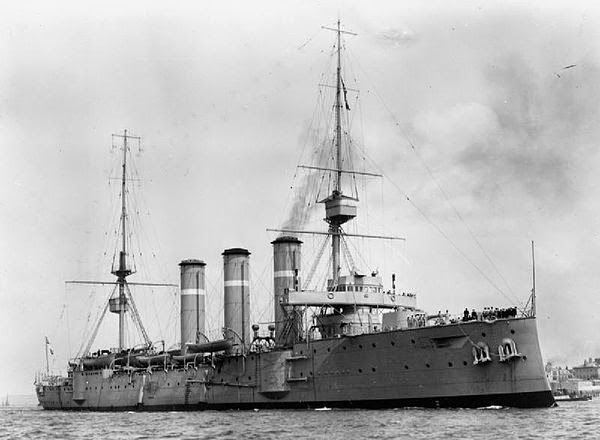 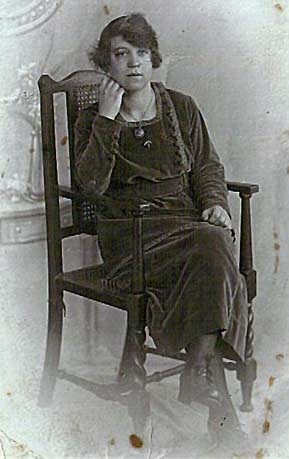 The 1921 census shows Bertie (aged 23) and Alice (25) Pinnuck as boarders at The Cottage, White Webbs Farm, Enfield. This was the address of John Aggus (Alice's brother) and his wife Emily. Bertie was a woodman, working for Admiral Sir Hedworth Meux on his estate at Theobalds Park in Cheshunt, Hertfordshire.
Bertie and Alice had a daughter in 1922 and a son in 1932. Clara, Bertie’s mother, died in 1937 aged 64. The national register compiled in 1939 shows Bertie, a leather repairer, and Alice living at 7 Chase Side Place, Enfield.