This blog contains an item on the life of William Armitage (1841-1926) a soldier, who later became a gate keeper in Kensington Palace Gardens. The website Deceased Online lists a burial at Kensal Green Cemetery which seemed likely to be his. The burial register gave the grave number as 48425 and I decided to visit the cemetery to look for the grave.

The following information comes from the website of The Friends of Kensal Green:

The General Cemetery of All Souls, Kensal Green, is one of England's oldest and most beautiful public burial grounds, and certainly its most prestigious. One of the world's first garden cemeteries, and doyen of London's Magnificent Seven, Kensal Green received its first funeral in January 1833, and still conducts burials and cremations daily. The cemetery was innovative in having most of the site consecrated by the Church of England, but reserving the eastern spur for Dissenters and others to practise their own rites. Today, people of many faiths and denominations are buried throughout the cemetery. Uniquely among British cemeteries, Kensal Green has been managed by the same private joint-stock company since its inception: the General Cemetery Company (est. 1830) still has its offices by the Main Gate. The cemetery now covers some 72 acres (29 hectares) between the Grand Union Canal and Harrow Road in west London, and is open to visitors every day of the year.

Many famous people are buried in the cemetery. Its notable personalities include some 650 members of the titled nobility and over 550 individuals noted in the Dictionary of National Biography. Kensal Green is the resting place of the engineers Sir Marc Isambard Brunel and Isambard Kingdom Brunel, the mathematician Charles Babbage, and the novelists Wilkie Collins, Anthony Trollope and William Makepeace Thackeray; Lord Byron's wife, Oscar Wilde's mother, Charles Dickens' in-laws and Winston Churchill's daughter; a cross-dressing Army doctor and the surgeon who attended Nelson at Trafalgar; the creator of Pears' Soap, and the original WH Smith; the funambulist Blondin and the Savoyard George Grossmith; the first man to cross Australia from south to north; and the last man to fight a duel in England.

The graves are not arranged in order of their numbers, so I visited the cemetery office to ask where grave 48425 is located. The man there was very helpful. He looked up the grave in the cemetery register. The entry showed that the burial rights were purchased on 9 July 1926 for £10:10 by Ellen Elizabeth Armitage of 225 Cornwall Road, Notting Hill. This was the name of William Armitage’s daughter, thus confirming that the grave was that of my relative. The burial took place on 12 July 1926. A monument, described as “marble kerbs on concrete ledge” was place on the grave on 24 March 1927. Grave 48425 is in Square 123, Row 4. The entry showed that no other people are buried in this grave.

The man in the office gave me a cemetery map showing the location of square 123 and directions on how to get there. He explained that newer graves in the cemetery often have a code on them such as 65234.110.2, which corresponds to the grave number.square.row. This is helpful in locating the square that you are looking for. He also gave me a detailed plan showing the positions of graves within square 123, with the surnames of those buried in them. 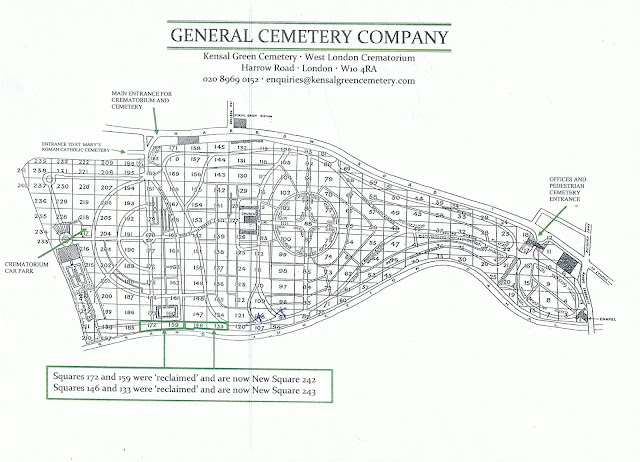 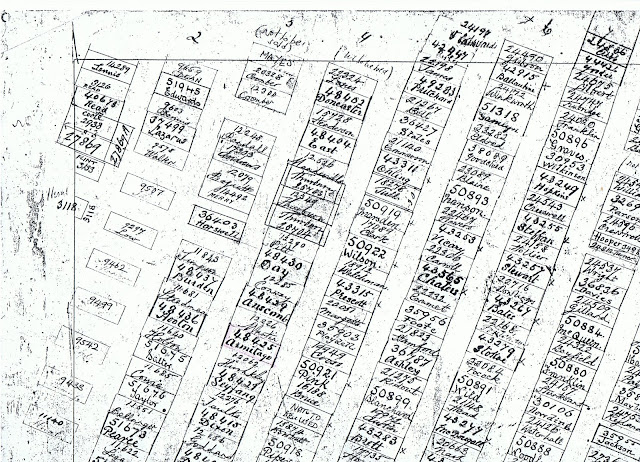 The cemetery is large so it took me a while to walk to square 123. I was able to locate William’s grave by comparing the names on gravestones with those on my detailed plan. William was not a wealthy man, so I was not surprised to find that his grave monument is a simple one. It is inscribed “WILLIAM ARMITAGE died 7th July 1926 aged 85”. 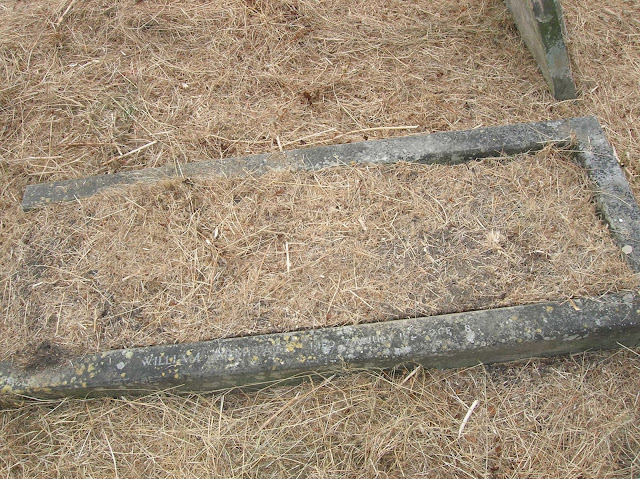 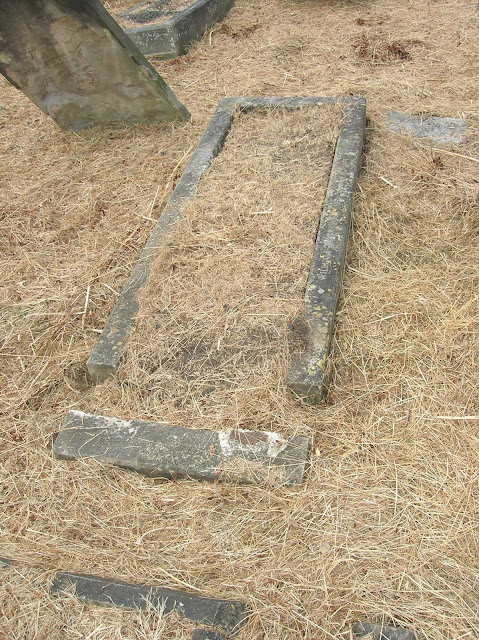 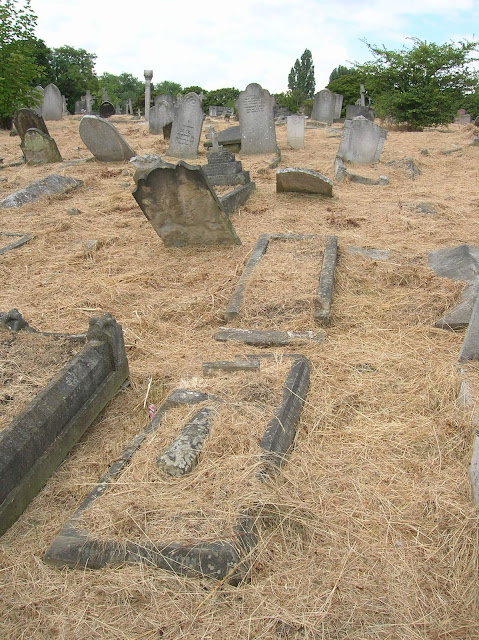 William’s grave and those around it.