Patrick James Armitage was a grandson of William Armitage (1841-1926), who was a brother of my great grandfather Robert Melton Armitage (1846-1910). The information about Patrick’s life comes from the eulogy written by his daughter Joanna for his funeral this year.

Patrick was born on the 7th of August (his mother’s birthday) 1926 in Colchester, Essex. His father was John James Armitage (born 1881), a retired officer in the Royal Artillery. His mother was Clara Margaret Armitage nee Moss (born 1891), a trained tailoress. When Patrick was born he had a sister Clara (12), and a brother John, known as Jack (10). Patrick’s mother was one of 9 siblings so Patrick was always spoilt by the family. His mother’s youngest sister, Auntie Ivy, was his favourite. 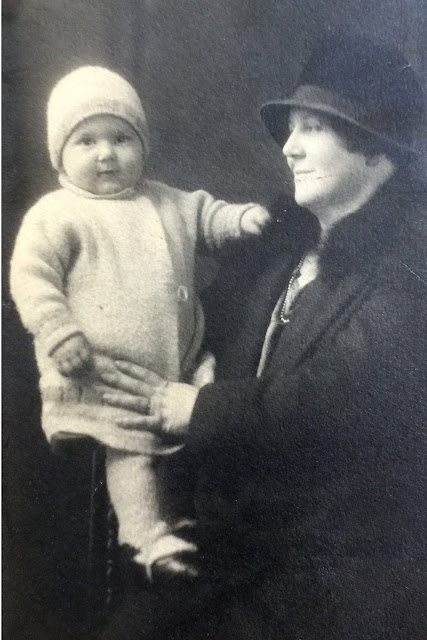 Patrick with his mother Clara c 1928

Patrick’s father was a soldier who joined the Royal Field Artillery in 1900 and later served in South Africa and India. He fought in the First World War and was awarded the Distinguished Conduct Medal, was Mentioned in Dispatches three times as well as being injured at least twice. He was promoted to Second Lieutenant in 1915 and retired from the army in 1920 with the rank of Captain. Patrick’s brother Jack gave up a good career as a design engineer and according to Patrick “ran away to war“, going to Palestine, Egypt, India and other interesting places. Even when he was at school, Patrick desperately wanted to follow his father and brother and join the Army. His father sent him to Colchester High School, and being in a garrison town, he spent a lot of time surrounded by the military. On getting his first bicycle, he was able to bike through the garrison every day rather than taking the bus to school !

Patrick’s family moved to Worcester, where his father worked for the Sandeman port and sherry company. Patrick went to school there. Later his father was appointed as district manager for the Eastern Counties and Midlands region and the family moved back to Colchester in about 1935. Patrick remembered a happy childhood in Colchester and Worcester doing lots of things with his mother such as going to the cinema, tea rooms, pantomimes, visits to the Essex coast, picnics and watching the troops parade in the Lower Castle Gardens on a Sunday after church. His mother was very important to him, however, larger influences in his environment formed his future. He joined the Local Defence Volunteers, later known as the Home Guard, and was a very active member during his school years. He also joined the Air Training Corps, learnt about planes and how to navigate. He became a motorbike dispatch rider, meeting the Duke of Kent before he was killed in a plane crash.

At school Patrick was taught how to dress smartly, present himself well and how to behave. These early lessons stood him well when he finally entered the army. Throughout his life, Patrick was a gentleman, well turned out, with short-back-and-sides, ready for parade. Patrick left school at 16, apparently “because he was wasting his time and his father’s money” and had various jobs such as bicycle mechanic. He then started as an apprentice laboratory technician at Colchester Hospital, but because it was a reserved occupation, vital for the war effort, he did not get his call up. Therefore he resigned and worked as a meter reader, which got him his long desired papers! Like his father, he joined The Royal Regiment of Artillery and in 1946, at the age of 20, he was stationed in Germany, near Kiel. Sixty years later, as an 80th birthday present, he revisited the area, finding places he had seen as a young man. 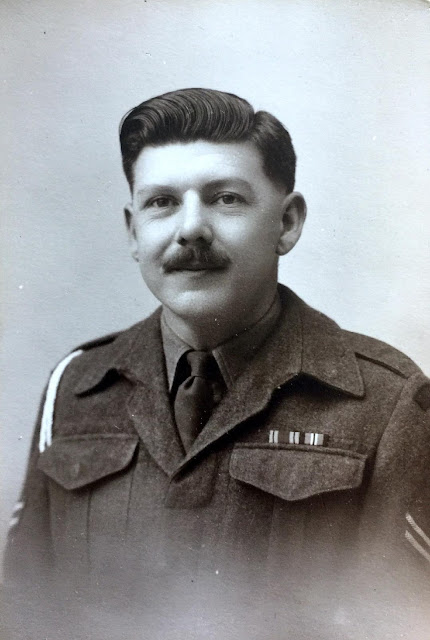 Patrick in his army uniform

Patrick met Julia Ann Todd-White, a midwife, in Colchester and they married in 1956. They had two children, a girl and a boy, who were born in Colchester. Patrick worked for Sandeman, a position he took over from his father, living in Lexden, a suburb of Colchester. In 1963 he moved to Fyfield, Essex and in 1971 the family moved to Framlingham, Suffolk. Patrick worked for various companies in the wine trade, retired from Adnam’s, and spent the rest of his life in this old market town. 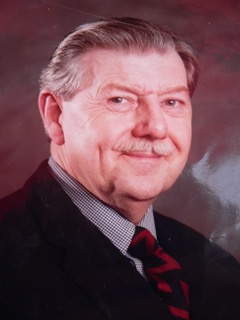 Patrick loved driving, cars and travelling. He had many European trips with friends to Belgium, France, Germany, WWI and WWII memorial sites with yearly visits to Switzerland to see his family and grandson.

After Julia’s death in 2015, Patrick moved into the newly renovated Mills Meadow care home in Framlingham, where he thrived and blossomed with all the attention of the staff, the excellent food and wine and regular church services. He enjoyed visiting friends from the community and his new friends in the care home, in particular, Joan, a lady 10 years his senior, with whom he found many things in common to discuss.

At the end of 2017 Patrick developed a lung infection, was admitted to Ipswich hospital and when he returned to Mills Meadow he had lost all his strength to sit and ride around in his electric wheelchair. Unfortunately Patrick did not recover from the setback of Joan’s death and further infections. He died in Framlingham on April 14th 2018 aged 91. His funeral service was held at Ipswich Crematorium.
Posted by Phil Taylor at 01:29