On 18 April 1925, Stanley was born at 102 City Rd in Holborn, the youngest of the six children (five boys and one girl) of Alfred John and Ethel Emily Armitage. The family were living at 19 Sandbrook Rd, Stoke Newington, North London in 1925. Alfred was a railway guard.

Stanley grew up in Stoke Newington before joining the RAF during the Second World War and becoming a navigator. He received a commendation whilst with them. Stanley was posted to Indonesia where he met a local woman, Mildred Rose (known as Rosie) Rodrigues (b1920). They married in 1946 in Batavia (now called Djakarta). 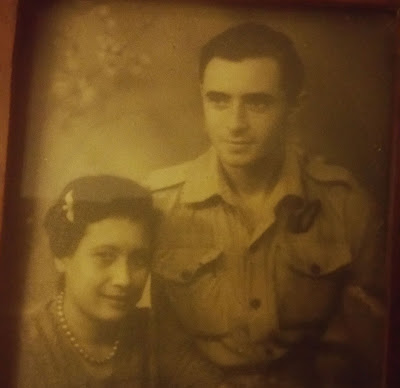 He returned to England with his wife. They lived with Stanley’s parents at 17 Sandbrook Road, Stoke Newington. The 1947 to 53 electoral registers list Alfred and Ethel, Leonard (one of Stanley’s brothers) and his wife Ivy, Stanley and his wife Rose at number 17. Stanley and Rose had moved out by 1955. In 1956 and 1958 they were living at 61 Manor Road, Stoke Newington. They had a son and two daughters. Stanley worked as a British Rail ticket office clerk. His marriage ended in divorce.

Stanley later met Barbara Violet Aldred (born Ager in 1935), who was also divorced. In 1967 they had a son, who was born at No 2 Railway Cottages, Thurrock, Essex. They were married in 1969 in Thurrock. Soon afterwards they moved to Worthing in Sussex firstly at 9 Chatham Road and then 51 Brougham Road. In 1974 Stanley and Barbara had a daughter. In 1983 the family moved to 136 King Edward Avenue in Worthing. Stanley was still working for British Rail but was now one of the most senior clerks, covering stations from Three Bridges to Portsmouth. 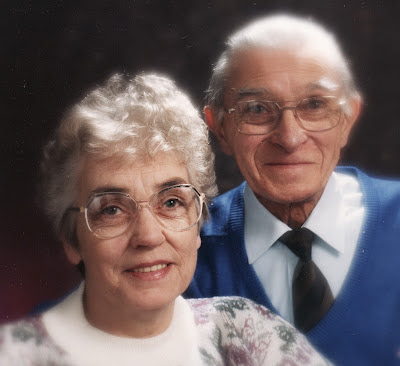 In 1984 Stanley took early retirement (aged 59) and he, Barbara and their daughter moved to Norwich. This is where Barbara came from and her mother (Violet Ager) lived. Stanley had a few jobs after retirement, working as a cashier in the local filling station and delivering new cars around the country for Trimoco (Vauxhall). He was diagnosed with emphysema in the early 90s and Stanley’s health deteriorated. He died in 1994 aged 68 at Norwich General Hospital. Stanley was cremated and his ashes are kept at Norwich Crematorium. Barbara died in 1999 aged 64.
Posted by Phil Taylor at 11:34