The photo below was taken at the wedding of George Henry Armitage (1898-1936) to Elsie Joyce Atkins (1897-1977) at Kennington Parish Church, Lambeth on August 19th 1926. George was a brother of my grandmother Emma Ivall nee Armitage. 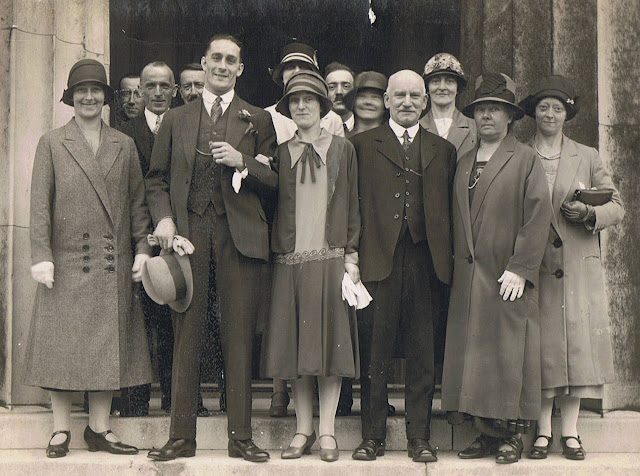 I believe the people in the photo to be