Emma Armitage was my maternal grandmother. She was born on 30 June 1883 in Islington, the second surviving child of 12 (of whom 5 died when young) born to Robert Melton Armitage (1846 - 1910) and Ellen Armitage nee Pinnuck (1855 - 1913). Emma was born with a dislocated shoulder. It wasn’t corrected when she was an infant and so became a disability throughout her life, resulting in her not being able to lift her arm above her shoulder. She was known as “Cis” (an abbreviation of sister), this being what she was called by Florence (known as Florrie), her younger sister.

In 1885 the family were living at 34 Hatley Road, Islington (a modest two storey house that still exists). This is the address given in the parish record of St Anne, Poole’s Park (a nearby church which was demolished in 1965) when Emma was baptized on 25 Mar 1885. Her father’s occupation was given as milk carrier. Emma’s brother’s Robert Melton (b 1881) and William Frederick (b 1884) were baptized on the same day. The family moved to 3 Shakespeare Road, Stoke Newington in about 1888, when Emma was five.

In 1901 the census return lists the household as Robert (aged 53, still a milk carrier), Ellen (45), Emma (17), Florence (13), Gertrude (11), Alfred (8), George (3). They were living at 70 Shakespeare Road, Stoke Newington. Percy Armitage had died in 1892. Emma’s brothers Robert and William had left home by 1901. The census gives Emma’s occupation as a flower maker. She worked in a factory where artificial decorative flowers were made using small beads. My mother believed that she also worked as a domestic servant for a while. The southern section of Shakespeare Road that contained numbers 3 and 70 was damaged by bombing during World War 2 and the houses there were subsequently demolished and rebuilt.

Emma married George William Ivall, a bus conductor, on 26 August 1906 at the St Matthias Church in Stoke Newington. She was 23 and he was 25. The witnesses were Emma’s brothers Robert and Frederick. St Matthias Church was built in 1851-3 and badly damaged by a bomb in 1941. It was repaired, reopened in 1954 and still operates.

Emma and George started their married life living in Mall Road, Hammersmith and had a child, Florence Rose (known as Flossie), in 1908. Emma’s father committed suicide in 1910 (by drinking poison).

The 1911 census shows Emma (27) and her daughter Florence (2) at her mother’s house, 4 Oldfield Road, Stoke Newington. Her husband George (29, a motor omnibus conductor) is listed at 11 Mall Road, Hammersmith, occupying 3 rooms there. The census return for this address has Emma’s and Florence’s details included but crossed out. Presumably Emma was visiting her mother at the time of her census. There was another household at 11 Mall Rd namely James and Harriett De Val and their family. Their eldest daughter was Daisy Emmeline De Val (b 1884), who was a friend of Emma’s. Daisy’s daughter Lily (1911-2000) married Cyril Pamment (1910-95). Their daughter Sheila and her husband Jim are still family friends. 11 Mall Road no longer exists. The site of the house is now occupied by the Great West Road, which was built sometime after 1939.

Emma’s mother died in 1913. By 1914, George, Emma, their daughter Florence and George Armitage (Emma’s youngest brother, who joined the army that year) were living at 9 Linkfield Rd, Isleworth (the house still exists). Her elder brother Robert was a soldier in WW1 and was killed in action in 1916. Her husband George, also served as a soldier but survived. Monty Smith and Dick Franks were billeted at Emma’s house during the war. She remained friends with them and their families for the rest of her life. 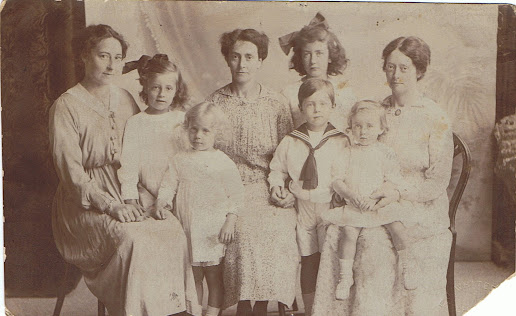 The 1921 census shows Emma (aged 37) living in 5 rooms at 9 Linkfield Road, Isleworth with her husband George (40, an omnibus conductor) and daughter Florence (13). Also living with them were Emma's youngest brother George Henry Armitage (23, an audit clerk), who had been discharged from the army in 1919. In January 1922, Emma’s second child Grace Evelyn was born. Later that year, Florence, whose heart had been damaged by pneumonia, died aged 14. 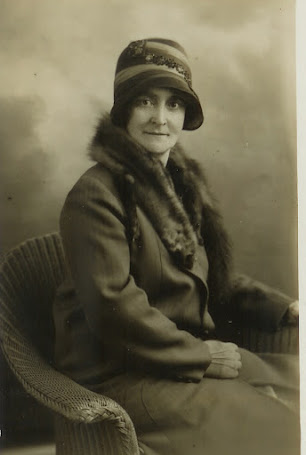 In 1927, George got a job as the caretaker of the Licensed Vehicle Workers Sick Benefit Club at 30 Brixton Rd, Kennington (near the Oval cricket ground). The family moved to live on the top floor of the premises (which still exist). Emma did some of the work such as the catering for events held there. She also provided lunch for workers in the offices on the first floor.

In 1934, George died suddenly and unexpectedly from acute peritonitis. Emma was distraught with grief - my mother remembers her frequently crying at night. However, she continued as the caretaker at 30 Brixton Rd until 1939, employing others to help when necessary.

Emma’s life so far had been punctuated by the death, often sudden, of close family. This happened again in 1936 when her brother, George Armitage committed suicide (he threw himself under a train) as a result of depression caused by tuberculosis.

In 1938, Emma’s daughter Grace left school and wanted to find a job. Emma consulted Cyril Pamment who recommended that she do office work. This resulted in Grace getting a job with the London County Council and ultimately meeting and marrying my father.

Emma met Tom Laughton, a widower and friend of Dick Franks. Tom was a warehouseman at the Cambridge University Press. They married on 16 September 1939 at Christ Church, Cambridge. She was 56 and he 64. They went to live at his house in Cambridge at 33 Paradise Street (which still exists). Emma was a strong willed woman, Tom was cantankerous and set in his ways. As a result their relationship was not always harmonious! Tom died in 1947 aged 72 of a heart attack whilst visiting my mother and father at 309 Parkside Avenue in Barnehurst.

Dorothy (Dot) and Tom Pawley, her next door neighbours in Paradise Street, became close friends with Emma. She suffered from arthritis and had a hip replacement when this was not a common operation. In 1958 (aged 75), she came to live with my family at 92 Barnehurst Ave - she occupied the downstairs front room. She enjoyed playing cards and I remember playing solo whist with her every Saturday evening. 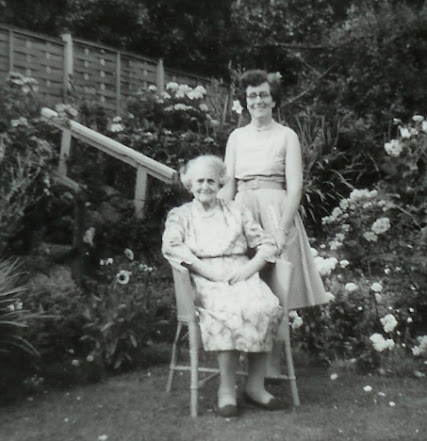 Emma died aged 87 of bronchopneumonia on 2 October 1970 at the Brook Hospital, Greenwich. She was buried at Isleworth Cemetery in the same grave (number 71BR) as her daughter Florence and husband George. The headstone reads
“In loving memory of my dear husband George William Ivall, died August 16, 1934, aged 53 years. Thy will be done.
Also of Emma Laughton, wife of the above, died 2nd October 1970. To live in hearts we leave behind is not to die.”
There is a stone at the foot of the grave that reads
“In loving memory of Florence Rose Ivall died August 20th 1922 aged 14 years. Loved with everlasting love.”
Posted by Phil Taylor at 04:36