William Ambrose Pinnuck was my great great grandfather. He was the father of Ellen Armitage nee Pinnuck (1855-1913), who was the mother of Emma Ivall nee Armitage (1883-1970), my maternal grandmother. He did not have the opportunities available to his descendants of my generation and seems to have had a fairly unremarkable life.

William was born 11 February 1822 in Enfield, the third of four children born to James and Mary Pinnuck. At the time William was born, Enfield was a country town and not a London suburb as it now is. William was christened on 19 May 1822 at St Andrew, Enfield. The church is next to Enfield market square. Parts of the church are 800 years old. Many of my Pinnuck relations were christened here. William’s baptism record gives his parent’s address as Chase Side, Enfield and his father’s occupation as labourer.

James Pinnuck died in 1836 aged 36, when his son William was 14. In 1841 William was an agricultural labourer living with his mother Mary (a seller of beer) and brother Job in Chase Side, Enfield.

William married Emma Brickett on 18 August 1844 at All Saints Church in Edmonton. He was aged 22 and she was 26. Emma was heavily pregnant when they married – their first child John was born in September 1844. He died the following year before reaching his first birthday. They had another child Ann Eliza in 1846. Sadly Emma died in 1848 aged 29.

William married Frances Eleanor Brown on 4 June 1854 in St James, Enfield Highway, which is 1.5 miles east of Enfield Town. The marriage certificate records William as aged 33, a labourer, the son of James Pinnuck (deceased). Frances was a spinster aged 34. Her occupation was a servant and she was the daughter of John Brown, a shoemaker. Both lived in Enfield Highway and both were unable to sign their names. St James church was built in 1831. A fire in 1967 seriously damaged the east end of the church, which was restored in 1969. Frances was pregnant at the time of her marriage (which was quite common then) and their daughter Sarah Sophia Pinnuck was born on 31 July 1854, eight weeks later. They had five other children namely Ellen (1855-1913), Mary Anne (b1858), William Charles (1861-2), Alfred John (1863-97) and Charles George (1866-94).

William died on 29 August 1877 aged 55 at Parsonage Lane, Enfield. His death certificate gives his  occupation as "Labourer to the Local Board of Health" and the cause of death as "Paralysis 3 years, exhaustion 21 days". His wife Frances lived until 11 September 1910, when she died aged 86 at 45 Tilehouse Street, Hitchin. This was the address of "The Highlander" pub run by her son-in-law Luke Paul, where he and his wife Sarah Sophia lived. The cause of death for Frances was "Acute intestinal obstruction". 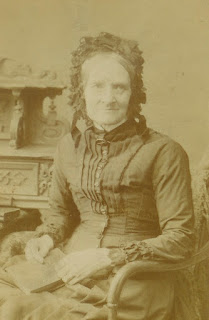