This attractive lady is my great grandmother Ellen Armitage nee Pinnuck,  presumably with one of her sons. The date of the photo is not known but I would guess it is about 1900. If so, the child could be her youngest son George Henry Armitage (1898-1936). 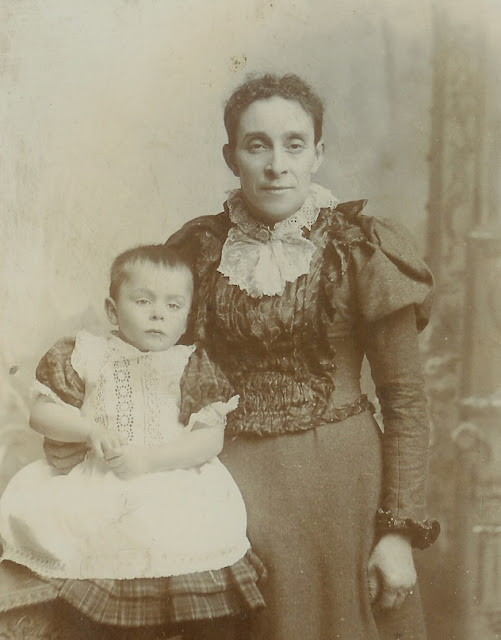 Ellen was born on 25 November 1855 in Enfield, a village about 12 miles north of London. She was the second of six children (three girls and three boys) born to William Ambrose Pinnuck (1822-77) and his wife Frances Eleanor nee Brown (1823-1910). William was an agricultural labourer. In 1876 Ellen married Robert Melton Armitage (born in 1846). The article on Robert gives information on their lives together and his suicide in 1910. They had seven children (three girls and four boys) that survived into adulthood. Ellen died on 12 May 1913 aged 57 in Hackney and is buried in Abney Park cemetery.
Posted by Phil Taylor at 11:40