William (b 1841 in Leeds) and Kate (b 1847 in Pimlico, Middlesex) Armitage had five sons and one daughter. Robert Melton Armitage was the third son, born on 16 Apr 1874. He was baptized on 19 Jun 1874 at St Mary Magdalene Church, Woolwich. His father was a Gunner in the 17th Brigade, Royal Artillery.

William served as a soldier between 1861 and 1883. The places of birth of his children show where he was posted at the time. The 1881 census shows William (aged 40) and Kate (33) Armitage living in Artillery Barracks, Colchester St Giles, Essex with their children Robert Henry (aged 9, born Dover). Thomas William (7, b Ireland), Robert Melton (6, b Woolwich) and Ellen (2 b Colchester). William left the army in 1883 and lived, with his family in Battersea.

It is perhaps not surprising that Robert Melton also became a soldier. The National Archives at Kew have his army record. He joined the Royal Artillery at Woolwich on 31 Dec 1890 signing up for 7 years with the colours and 5 years in the reserve. He gave his age as 18 years 2 months although he was actually 16 years 8 months (it was common for men to exaggerate their ages when enlisting). His previous occupation was as a printer’s labourer. He was 5’6”, 8st 5lb with grey eyes and dark brown hair.

On 26 July 1898 Robert married Anne Hutchinson  (b 1875 in Richmond, Yorkshire) at St Mary Abbotts, Kensington. He was 24 and she was 22. They had three children: Henry Maclachlan born 20 June 1899 in Shornecliffe (an army base near Folkestone), Ellena Kathleen Natalia born 12 June 1904 at Mori River, Natal, South Africa and John James William born 29 June 1906 at Middleburg, South Africa. 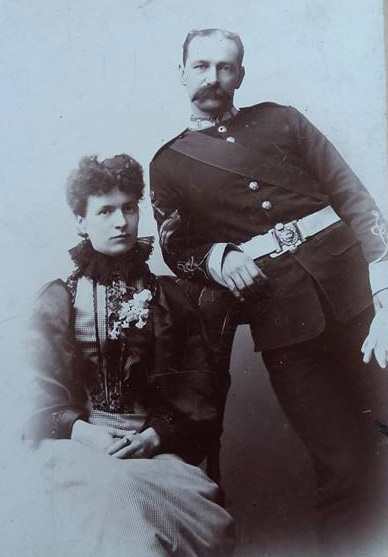 Robert’s first wife died in 1910 aged 35. She is buried in Colchester Cemetery. The 1911 census shows his children Henry (aged 11) and Ellena (6) living at North Lodge, Kensington Palace Gardens with their grandfather William (71) and Robert’s sister Ellen (32). Robert himself was listed as aged 37, a Battery Quarter Master Sergeant 145 Battery at Wellington Lines, Aldershot. 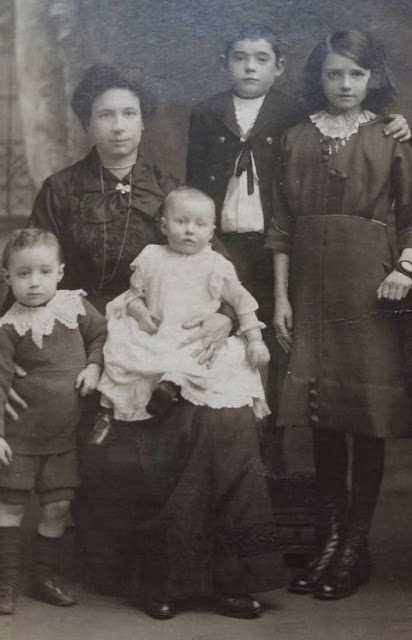 On 5 Feb 1912, Robert was promoted to Regimental Sergeant Major. He was based at Aldershot at the time of his second marriage and was transferred to the 44th Brigade at Glasgow in April that year. However, in spite of his numerous promotions he was discharged from the army on 26 Nov 1912 against his wishes. His discharge papers contain this statement from him :
“I protest against being discharged before completing my time to enable me to secure the pension of my rank. On the statement of one man, taken in private, and not in my presence, I am being discharged without an opportunity of justifying myself.
R. M. Armitage.”
Underneath is this comment :
“This Warrant Officer’s discharge was applied for on the grounds of general inefficiency and unfitness for his position owing to his inability to maintain discipline - specific instances being quoted in the letter asking for his discharge. It was not owing to “the statement of one man” as he says above.
W Laidlaw, Lt Col Commanding 44th Brigade Royal Field Artillery.”
Robert was aged 38 when he was discharged and his height was 5 foot 10.5 inches. His total army service was 21 years and 331 days.

Britain declared war against Germany on 4 Aug 1914 and Robert re-enlisted at Seaforth (near Liverpool) on 19 Sep 1914. He rejoined the Royal Field Artillery and was immediately promoted to his old rank of Regimental Sergeant Major. He served in the UK until 3 July 1915 when he embarked from Devonport as part of the Mediterranean Expeditionary Force. He disembarked at Port Said in Egypt on 14 July 1915. He embarked from Alexandria on 18 Oct 1915 arriving at Gallipoli on 25 October 1915. He took part in the action at Sulva Bay, where he was wounded. He was invalided out of Sulva on 20 Dec 1915 to a hospital in Port Said. After he recovered he was transferred to the Western Front in January 1916 and took part in the Somme offensive later that year. He was in France until 5 Feb 1917 when he was invalidated back to the UK with rheumatism. He returned to France on 14 Aug 1917 and was transferred to the Labour Corps on 9 Nov 1917. This unit did work such as moving stores, building and maintaining roads, railways, telegraph and telephone systems in support of the war effort. Robert stayed in France until 1 Apr 1918 when he was declared no longer fit for active war service. He returned to the UK and was given a temporary commission as a Second Lieutenant. He was promoted to temporary Lieutenant on 2 Oct 1919 and ended his army career as an acting Captain, being discharged at Ripon on 26 Nov 1919 aged 45. 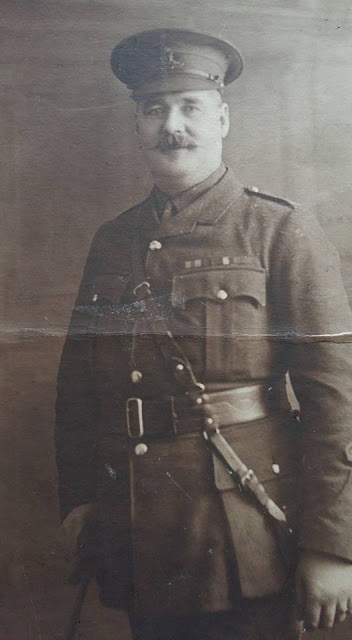 The 1921 census shows Robert (aged 47) as a boarder in a boarding house in Bootle. He was a ship supervisor and checker working for Swift Beef Co, Church St, Bootle. His wife Sarah (44) and children Ellena (17, a cinema attendant), John (14, a painter's improver) and Edward (8) were living at 1 Wolseley View, Burley, Leeds. Harry Kendall (29), Sarah's nephew is also listed at the address.
In 1926, Robert was a freight clerk living at 33 Johnston Avenue, Bootle. Robert (a retired shipping clerk) and his wife Sarah were still living at this address in 1939 (as shown by the national register compiled that year).

Robert died on 22 Nov 1953 aged 79. Probate records show that his address was 50 Dumbarton Street, Walton, Liverpool and that he died at Kirkdale Homes, Liverpool. Administration of his estate (£712) was granted to his wife, Sarah, who died in 1955, also aged 79.

Henry Maclachlan Armitage (Robert's eldest son) was a Sergeant in the Royal Signals Regiment in World War 2. He was captured on 29 April 1941 and held as a prisoner of war at the Wolfsburg Camp (Stalag XVIII A, Lienz) in Austria. He died in 1980 aged 80.

Ellena, Robert's daughter, married George Matthews in 1926 in Liverpool. They had four sons and two daughters. She died in 1977 aged 72. 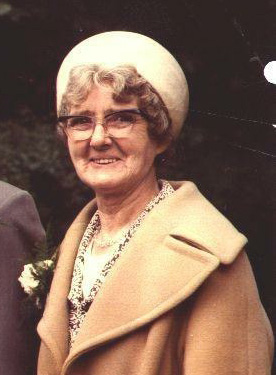 Robert’s son, John James William Armitage, a gunner in the Royal Artillery, died in 1941 aged 34. More information about his life is in my article about him on this blog.

Edward Robert Armitage, Robert's son by his second wife, married Vida Florence Cratchley in 1942 in Stroud, Gloucestershire. He died in 1990 aged 77.
Posted by Phil Taylor at 11:12